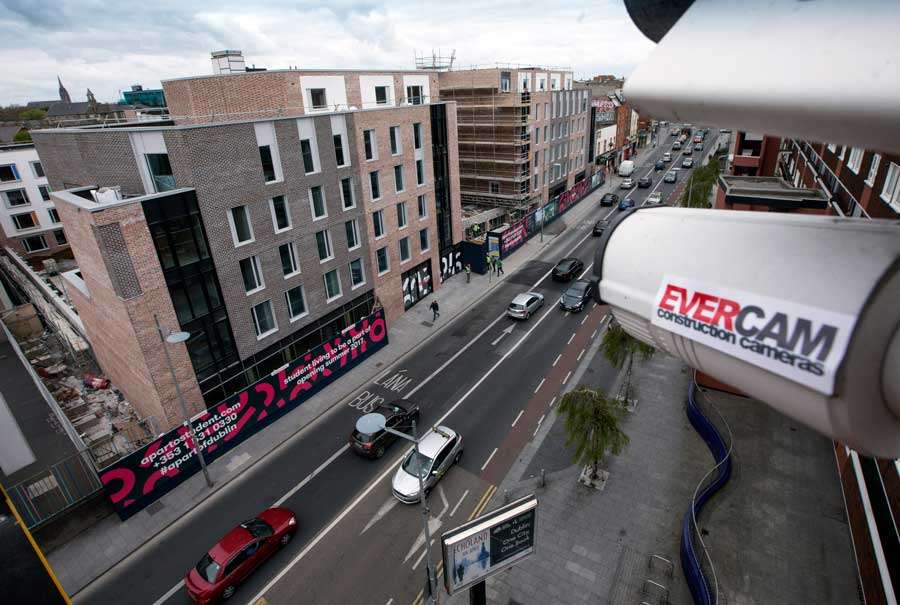 Reality capture is the future of construction site communications. The accuracy of digital capture and storage not only improves communication but also productivity. This ensures that construction projects are completed on time and on budget. With the ever-progressing technology advancements, construction companies are increasingly adopting reality capture tools as part of their workstreams. Reality capture reduces latency in communication amongst project teams and democratizes access to information about the respective projects, while also giving clients a more detailed look at your future facilities.

The evolution of reality capture technology has been an interesting path from early cartographers, to tripod-based laser scanners, and modern videographers, there has always been the need to adapt and package reality capture into formats that are easily interpreted and more actionable.

Historically, the construction industry has relied on laser scanning to capture the visual information needed to build 3D models. Even though this type of reality capture achieves precise and detailed results, it comes at a costly rate and requires specialized training to do it successfully. Also, there is a need for specialized software to view, making it less accessible to the full project team.

Over time, photogrammetry has also come into play. Photogrammetry is an algorithmic process of creating digital geometry by comparing pixels in photographs. In this process, a set of digital images are used to determine the geometry of the areas in question. Essentially, photogrammetry leverages photography where technicians take multiple photos from different angles around a space and capture the objects in it, then a computer algorithm processes the images to find similar pixels in the photos. The software uses this information to align the pictures and assemble a virtual and navigable 3D model of the space.

Similar to photogrammetry, 3D mapping uses a series of photographs to map out terrains for greenfield projects. Here, helicopters are used to capture photos from the air and then the photos are run through computer models which plot ground contours.

Because accuracy is extremely key when it comes to buildings, construction companies adopted SLAM LIDAR in order to measure distances on-site accurately. This LIDAR-based method captures data by running laser scanners from several positions in a facility. The data points are then positioned together to create a ‘point cloud’ and a navigable 360° photo tour. This method has been preferable for accuracy, particularly in hard-to-reach, complex areas of a facility.  For anyone who was very good at using LIDAR for measurements, it would be very beneficial from an efficiency point of view as well as information theory – seeing things from all different perspectives, as well as making the technology of measuring and high quality more accessible.

Even though SLAM LIDAR was already delivering pretty good results for a couple of years, unfortunately, there were many cases that were hard to somehow predict where it was not working. It took quite some time to understand these corner cases and really honed that technology to a point where it would be really applicable in most cases or if there would be something breaking the technology to give satisfactory feedback that wouldn’t need one to redo measuring or so that the workflow would start to be really reliable.

To monitor and enhance security in construction sites, CCTV cameras were taken up for this measure. These cameras helped to monitor the use of resources in the sites and the project managers could be able to easily determine where any inconsistencies or perhaps where there was any illegal activity occurred at the site and therefore deal with it as soon as possible.

Even though CCTV cameras aided with resource management and security surveillance, its system was not highly effective as a tool on construction sites. Technology called for upgrading the cameras to capture staggering snapshots (eventually leading to a time lapse video), hence the rise of construction timelapse cameras. The time lapse cameras can capture high-definition visual progress of a building from the ground up. The timelapse videos are a great tool for increasing productivity since project stakeholders can monitor progress remotely. Evercam construction cameras provide these cameras which not only offer a wider field of view than the CCTV cameras but also provide up to 18X beyond the basic zoom level. These cameras provide value with respect to dispute resolution, handling any project claims that arise thanks to the X-ray tool as well as ensuring Health & Safety Protocols are adhered to.

The ubiquitous need for construction timelapse cameras has called for the need to keep up-to-speed with the ever-changing technology. As technology advances so have construction companies desired to keep up to date with the appropriate tools. Evercam now provides construction timelapse cameras that have integrated BIM and Digital twins into the cameras. BIM (Building Information Modeling) is a new generation of architecture and building design software that provides a 3D digital representation of the project to be constructed so that it can be visualized in realistic conditions and used for further calculations. Digital Twin, on the other hand, refers to an integrated digital model of both the physical asset and its surrounding environment. It’s often described as a “living twin” because it updates in real time as changes occur and enables predictive maintenance.

Away from the surveying side of things, Reality Capture has certainly helped alleviate skills shortages and speed up many construction processes. New Reality Capture technology is emerging at a price point that makes it cost-effective for construction cameras to be placed on construction sites. These would then be left there for the duration of a project to constantly stream data to the cloud to check every stage of the construction process. The advantages of this live monitoring are obvious. One is be able to instantly compare captured reality with the design model. Also, this eliminates many costly errors and assists in overcoming problems with the shortage of skilled site staff. Reality Capture feeding into the cloud really does now make it possible for a project team member to sit in front of a computer and efficiently monitor construction processes on a number of sites. These sites could be a few miles down the road or scattered across several continents. Both the advantages and the implications of this are immense.

Get in touch with us to find out more about the features that are integrated in our construction cameras. 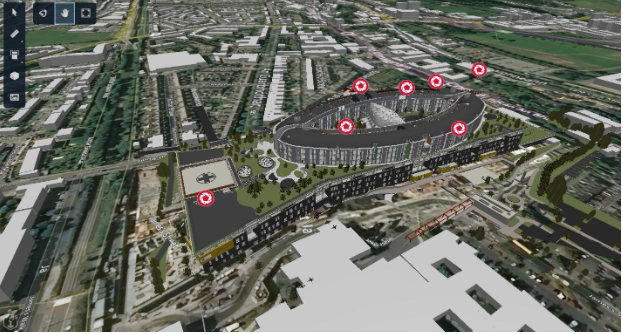 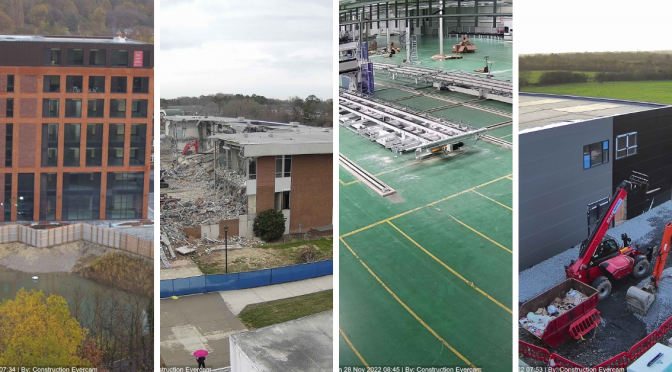 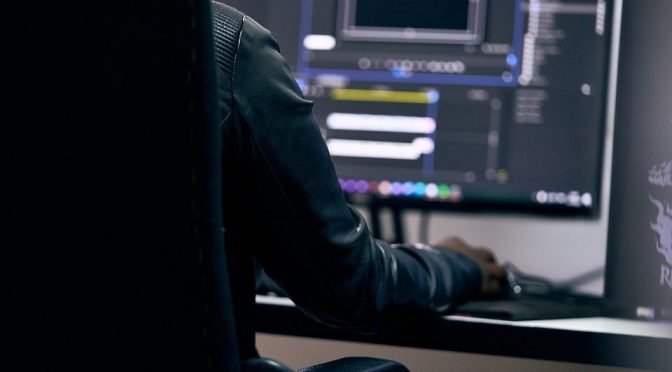 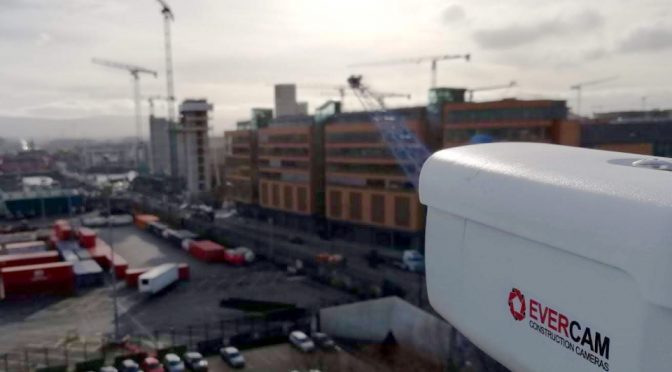 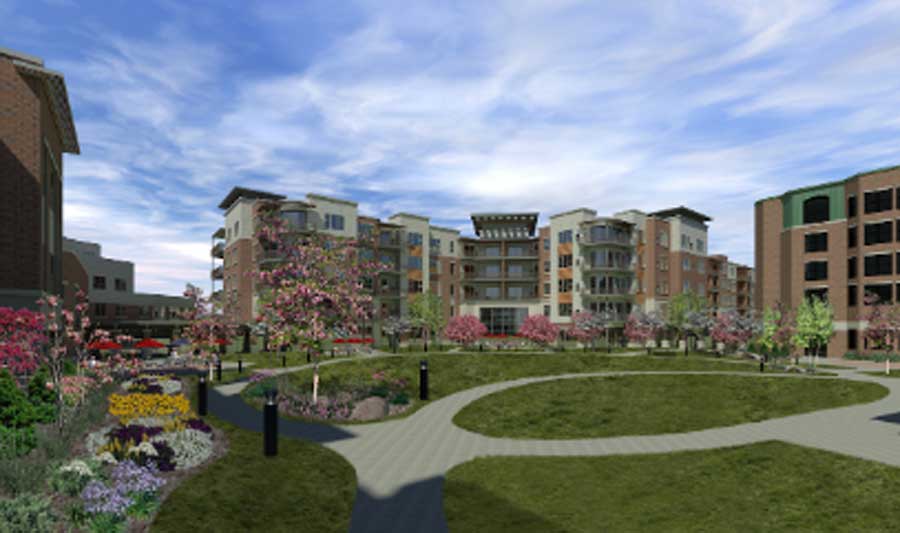 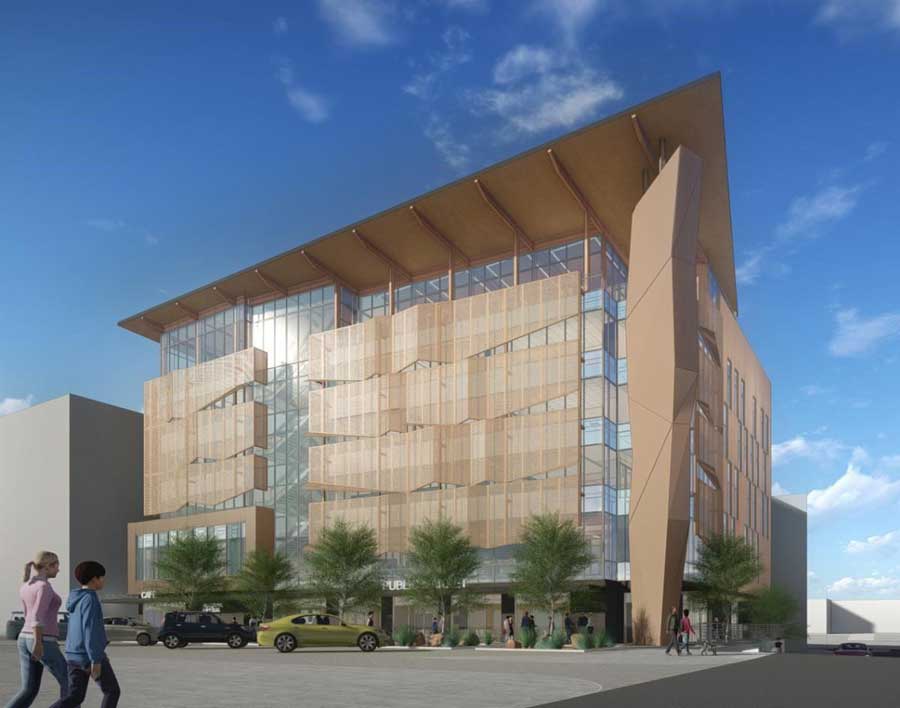 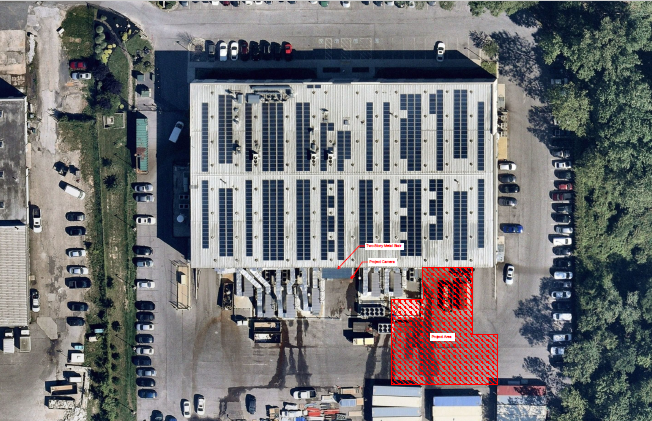 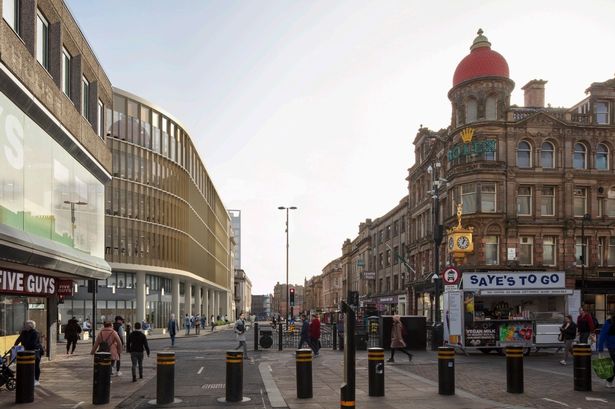 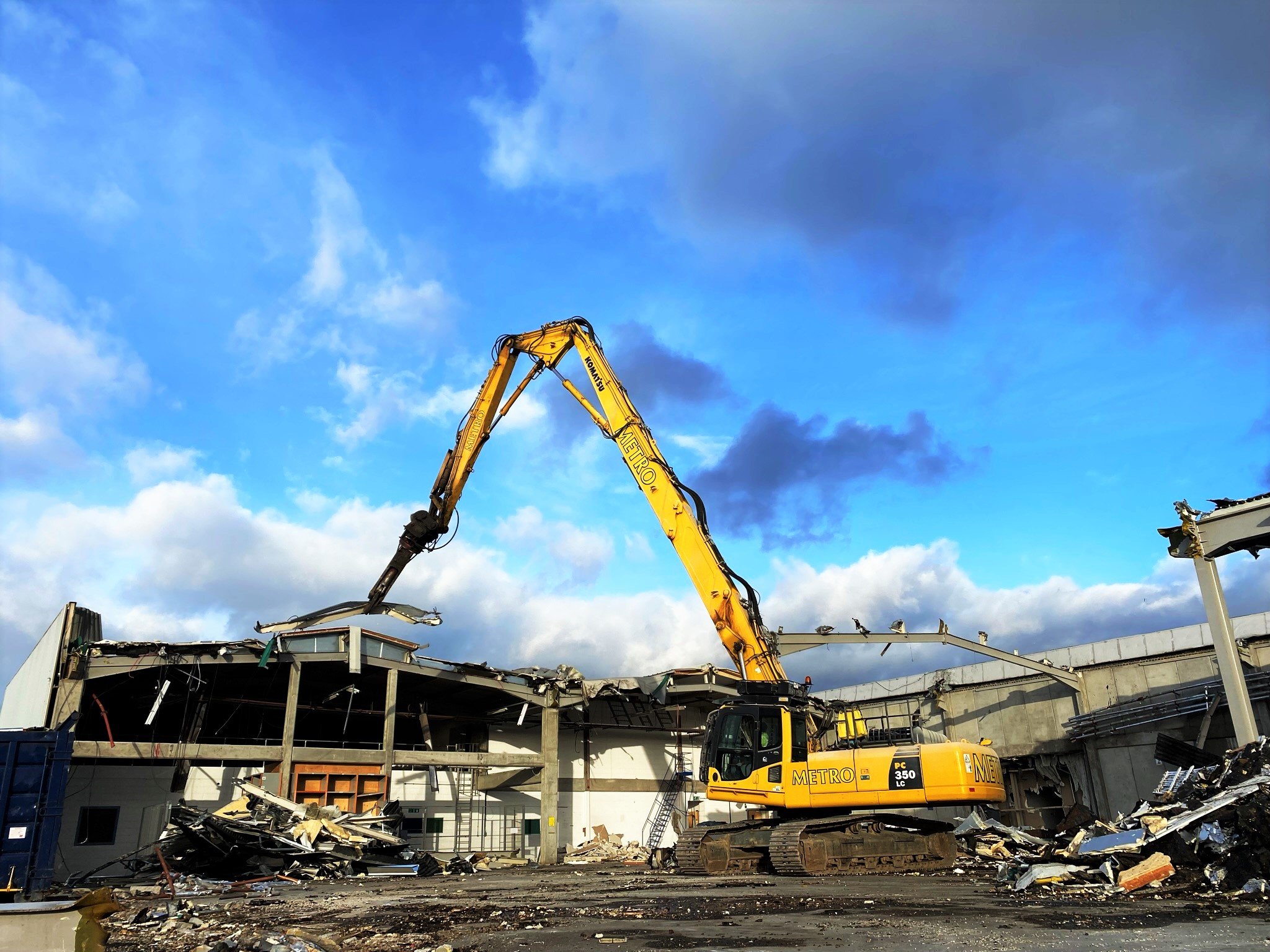 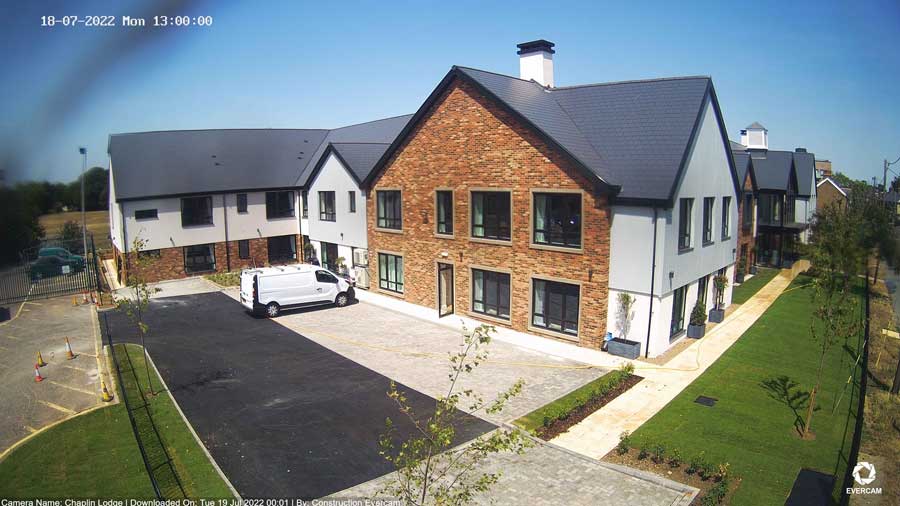 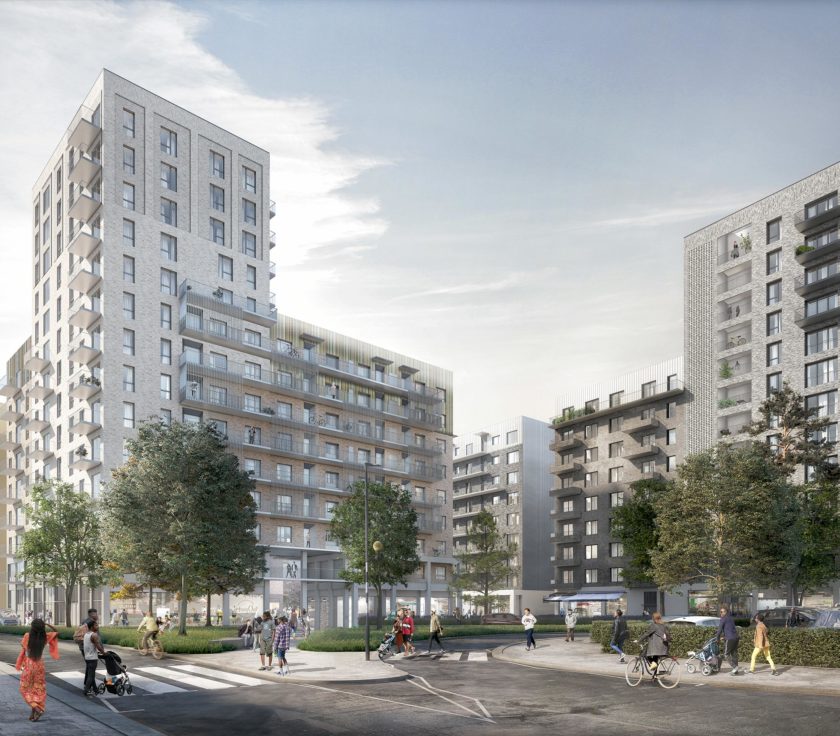 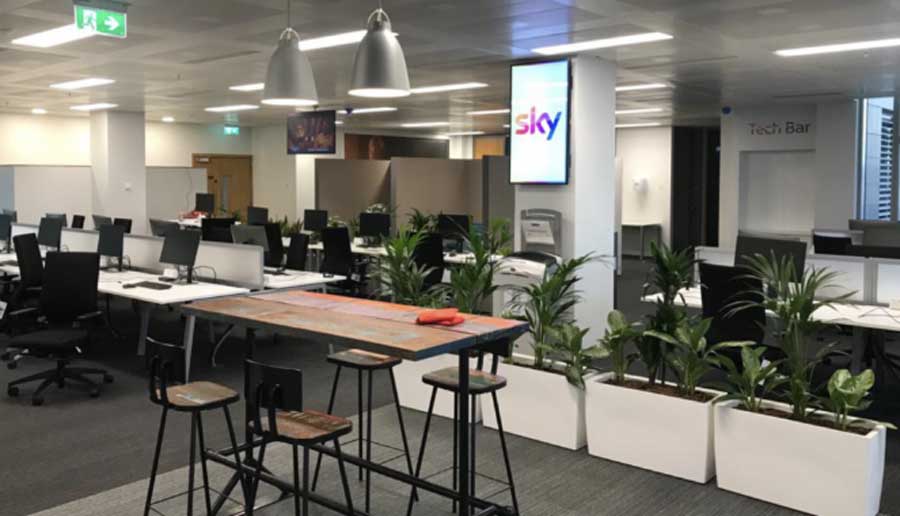 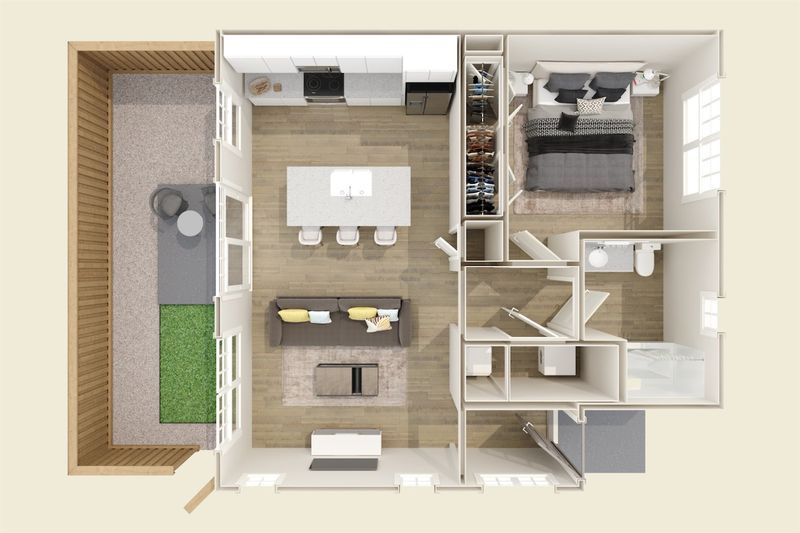 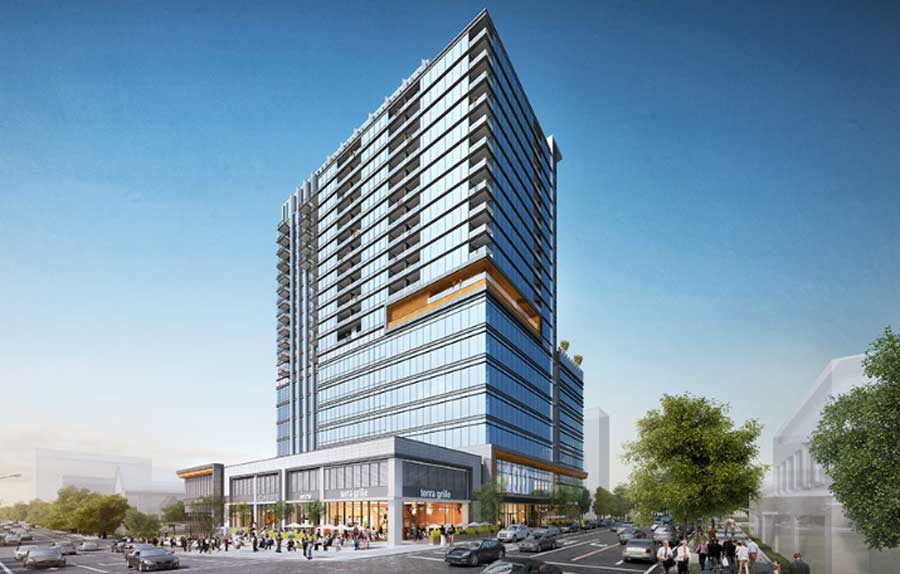 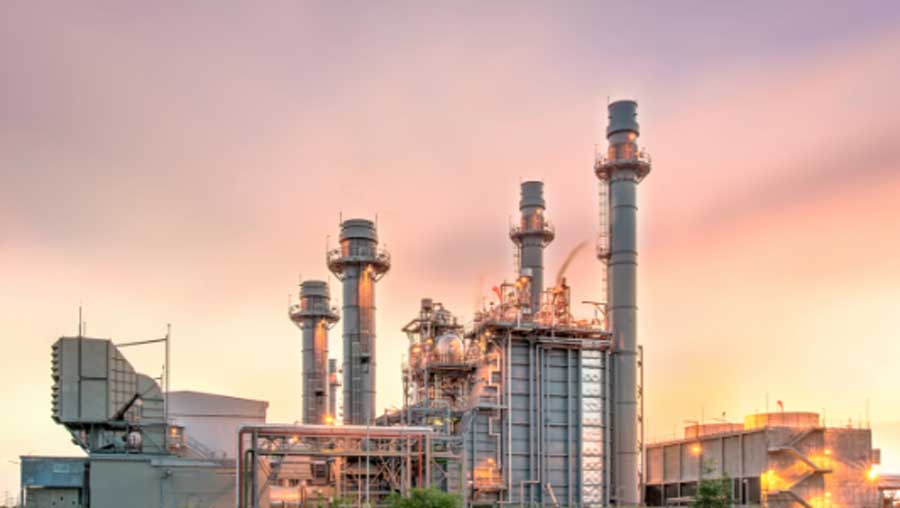 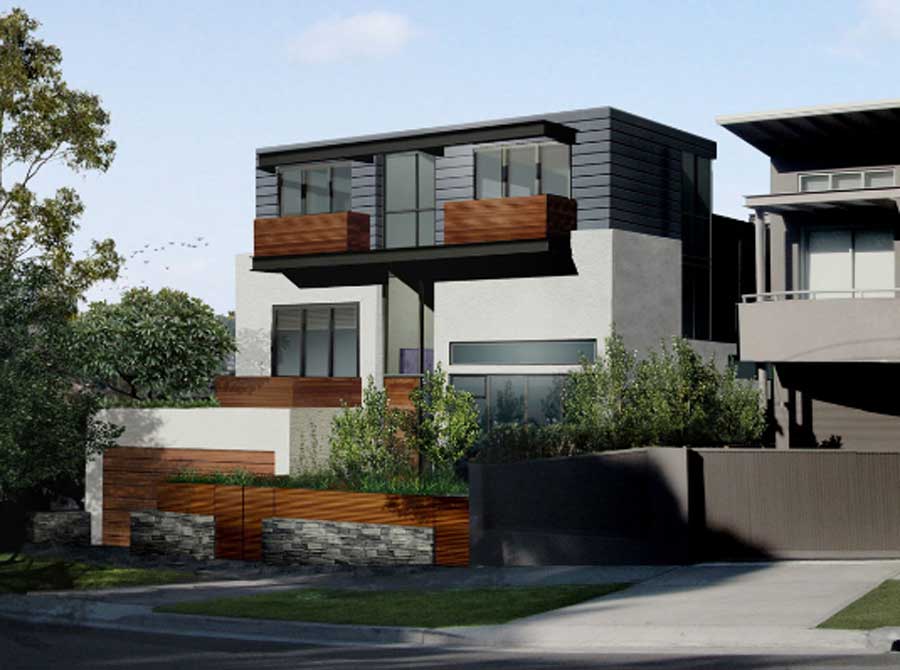 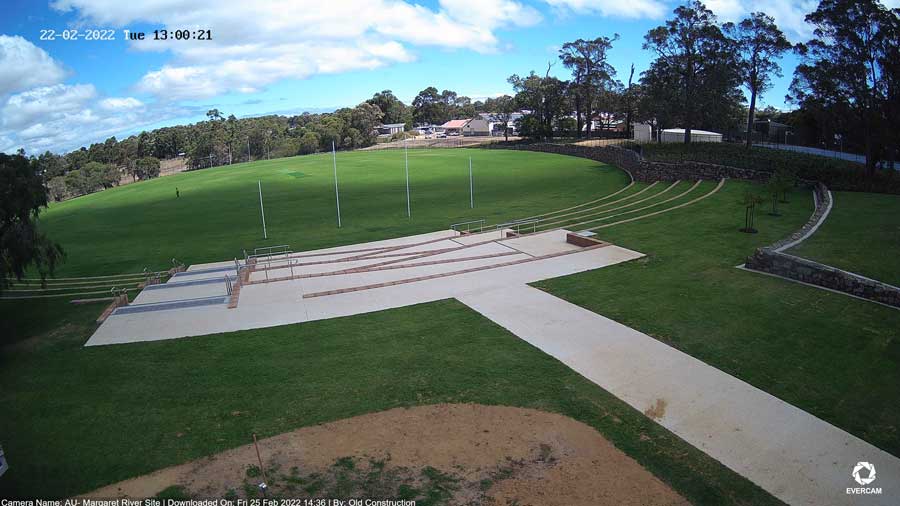 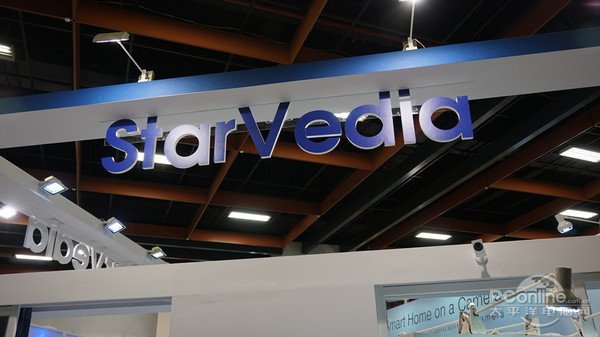 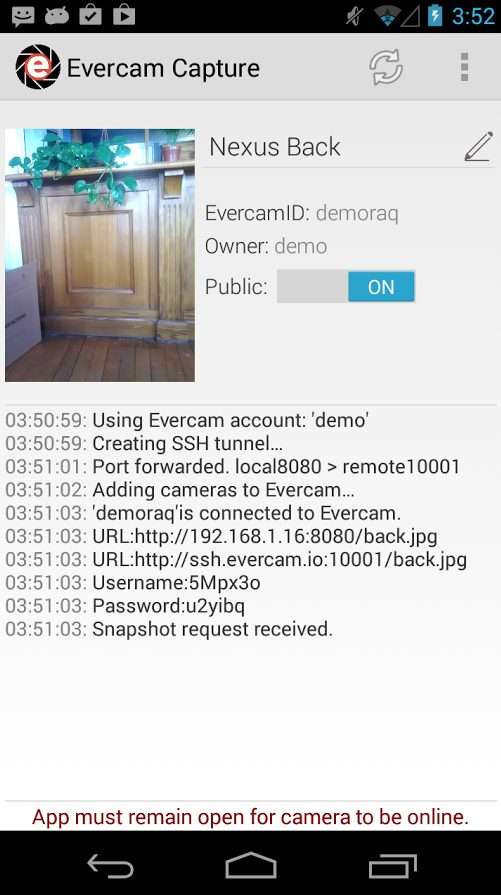 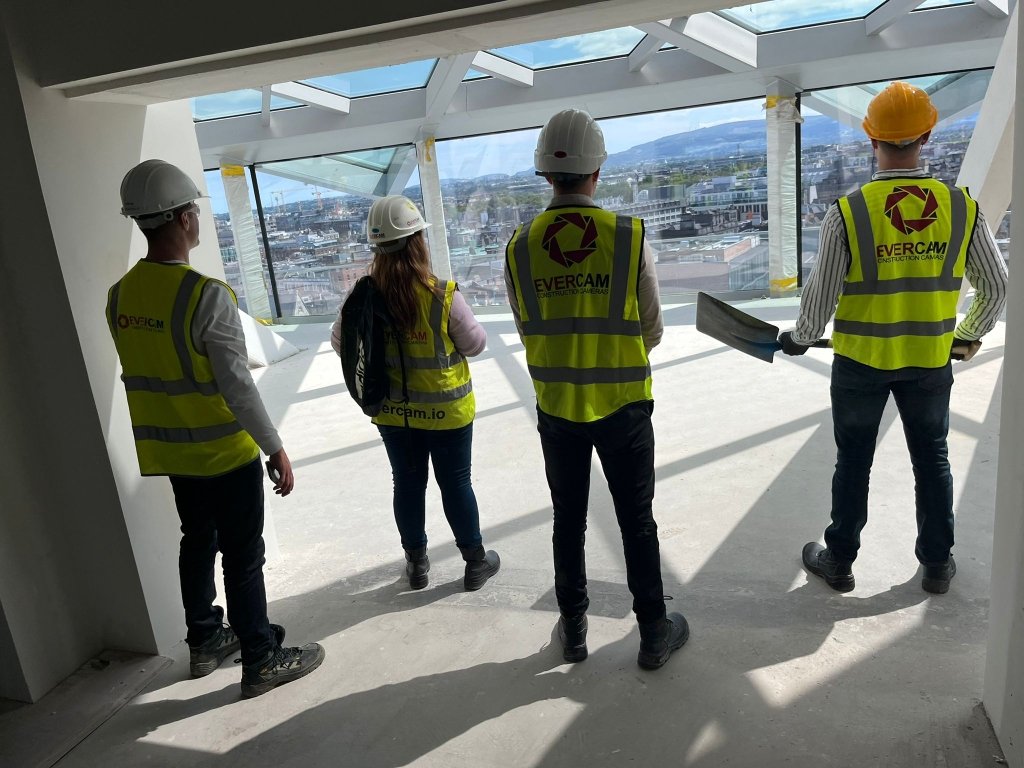 How The Building Safety Act Will Affect Your Business 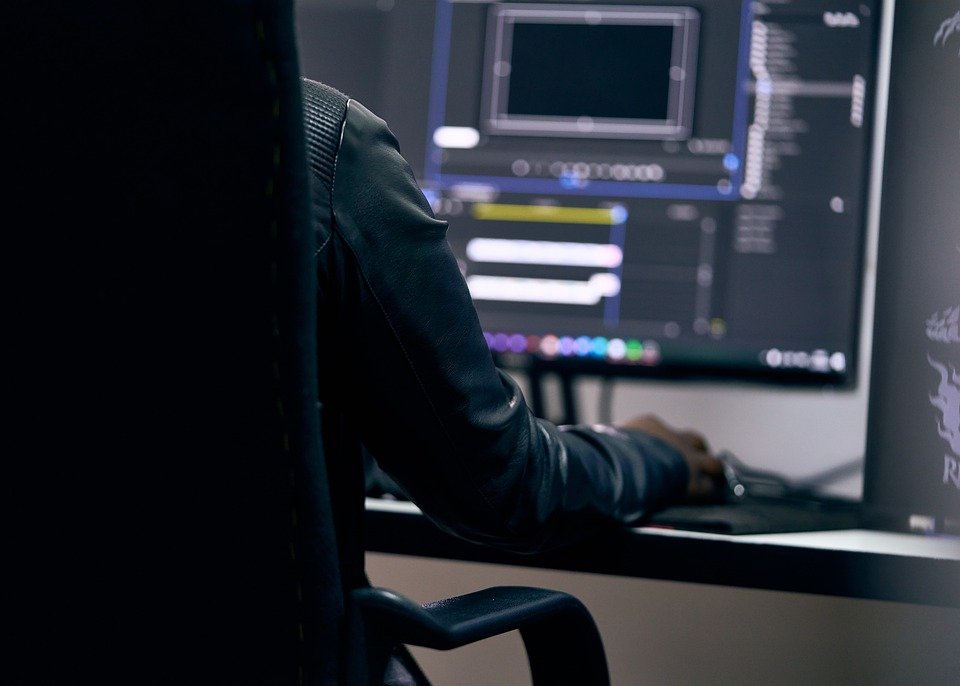 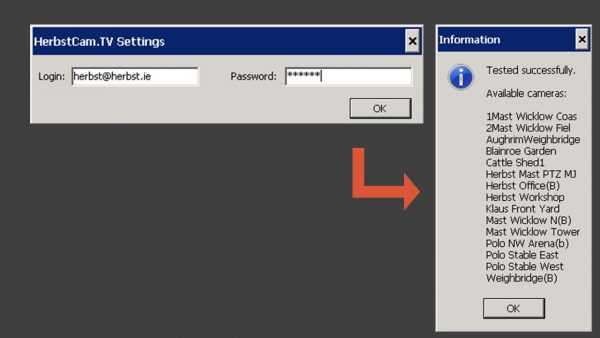 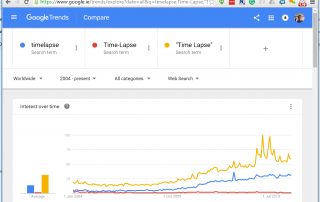 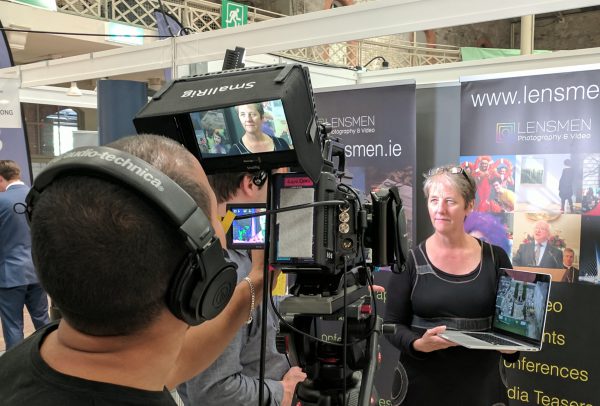 Evercam at the National Construction Summit 2017 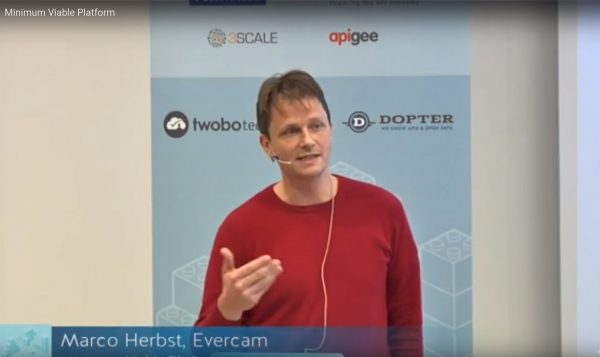 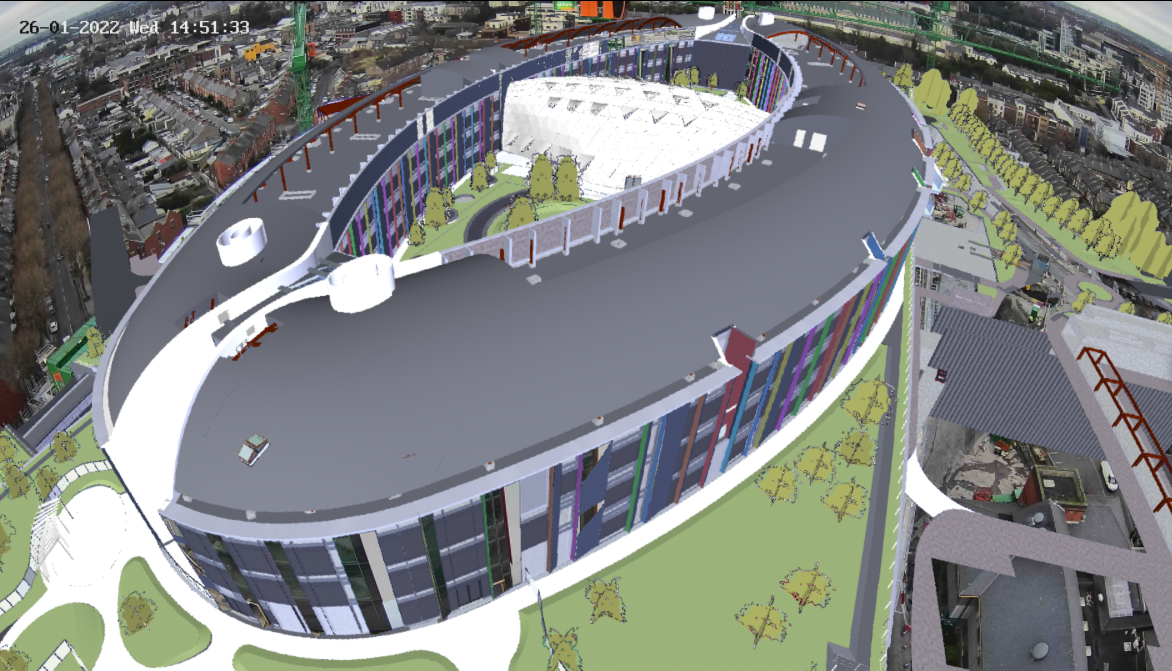